A lawsuit was filed on July 5, 2022 by an owner in the community, Wayne Carter. The suit was filed in Skagit County Superior Court under cause number 22-22-00523-29.  Mr. Carter named as defendants in the lawsuit the Cascade River Community Club and its individual board directors.  Mr. Carter requests as relief an amount “in excess of $208,000” and other damages.  His claims include allegations of harassment, stalking and defamation, breach of board duties, and fraud.

The board notified its insurance carrier of this legal claim and arranged to tender the legal defense of the lawsuit to the insurance company.  The insurance company for CRCC, CNA, has retained the law firm of Lee Smart, P.S. to defend all defendants in the lawsuit—both the Club as an entity association, and the individual board directors.  This means, thankfully, that the legal costs, including attorney fees, to defend against the lawsuit claims will be paid by our insurance company and will not need to come out of Club accounts and funds.  The senior attorney on the Lee Smart defense team is Jeffrey Downer, who will be assisted on the case by Associate attorney Karen Griffith.  These attorneys anticipate filing a formal responsive pleading to the complaint soon.  Lee Smart is a very reputable, long established law firm with deep experience in insurance defense cases.  Mr. Downer is a senior lawyer with the firm and works out of Lee Smart’s Seattle office.  We are in good hands with our legal tea

We have been instructed by your attorneys to say very little about the specific allegations and content of Mr. Carter’s complaint.  In an active lawsuit, the Board Directors as parties are all witnesses and must be extremely careful about commenting on the matter and must also preserve the attorney-client privilege at all costs.  However, owners are welcome to review for themselves the complaint filed by Mr. Carter at the Skagit County Superior Court records and generally follow other pleadings—including our answer to the complaint—that will be filed with the Court because these documents are all part of the public record.  We will also be posting a copy of the complaint on the Club’s website for your review.

What we can say is that the defendants will be formally denying and defending against the claims alleged by Mr. Carter and disagree strongly with his depiction of facts and events in his complaint.  More than that we cannot say at this point in time.  We will be periodically updating the community on the status of the lawsuit as it progresses.

A lawsuit was filed on July 5, 2022 by an owner in the community, Wayne … END_OF_DOCUMENT_TOKEN_TO_BE_REPLACED 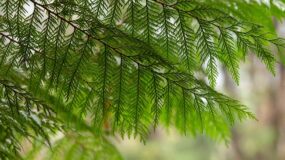 Welcome to Associa EMB! Your Board of Directors has chosen Associa EMB … END_OF_DOCUMENT_TOKEN_TO_BE_REPLACED

Know Before You Go